In normal circumstances, I partner with the strobes at my studio or portable strobes for outdoor occasions during work or tutoring. However, if I need to shoot at an environment with adverse outdoor conditions, or at the times I need no brute power output, there are always some more options to choose on.

Considering my user experience to speedlights, I prefer to switch to manual mode for most of the times. The TTL features are good for beginners, yet they are also complicated to control, and taking up a dominant part of R&D cost that revealed in the market price.

I believed there could be no speedlight that is straight-forward enough to control, with outstanding performance at an economic price. This was the story before I met Juno from Phottix.

Controls are simple on the menu and function keys when I first studied on Juno. To be honest, I am sick of complex buttons. So, I tended to use Nikon SB800 or Nissin i60A, lights that are having rather simple controls. But bear in mind they are not cheap. I had much hesitations when I used them at unfavourable situations, and it was a big risk if they went out of order in the midway.

Juno is yet cheap enough to give a fist. It only costs a few hundred of Hong Kong dollars, with a simple manual module. Moreover, the flash tube is made in Germany. That’s why I was giving it a test. 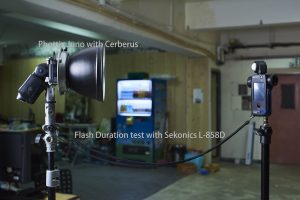 Before actual shooting, I used Sekonics L-858D to test its flash duration. The result was surprising. On full Power, at t0.1 it reached 1/675s and at t0.5 it is 1/1500s!! Even studio strobes like Profoto B1 is merely catching up with these stunning figures!
Quick fact: You ought to know performances for speedlights are generally weak, say METZ AF64, is only 1/180s at t0.1 on full power. In other words, in high-output situation, if the subject is with movements, there is a chance that we cannot freeze with speedlights, and turn out to motion blur images.

Juno’s performance is surprisingly good. In high output, it is hard to having a fast FLASH DURATION and high performance at the same time, which Juno made its a very good job. 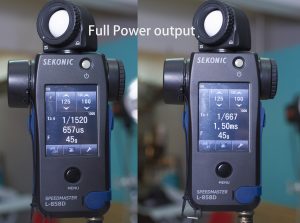 In actual shooting, because of the high speed of spray, I adjusted the lights settings between 1/16 and 1/32. I zoomed from the TELE angle to enhance the output and added a colour filter, giving an output of around -2EV. Even so, benefit from the high ISO performance of D810, the result is still not bad. Juno does well in motion freeze aspect. Shooting this kind of theme, use a dry-cell speedlight is always more convenient and safer. Using AA batteries could also give the best durability at cheap price. 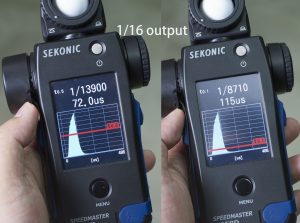 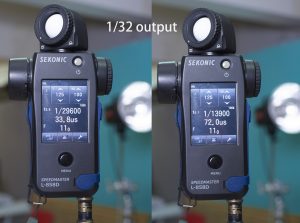 According to its t0.1 data, basically there is no problem for freezing motion of the burst of water. Speedlights of some famous brands could only work half of Juno. Despite of branding stuff, it is always hard to make a balance among the usages of M-mode, TTL mode & A-mode (aperture mode) if they want to develop something all-in-one. Juno is one that placing high efficacy and briefness to mid level and advanced users.

And, the design of this light is user friendly. You can adjust the angle freely in the case of no Pro BG, leading it as the best choice of backing up. As a non-pricey option, I am highly recommending Phottix Juno to speedlight users. 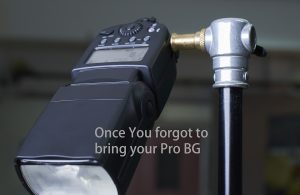 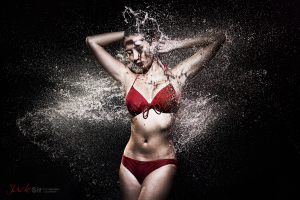 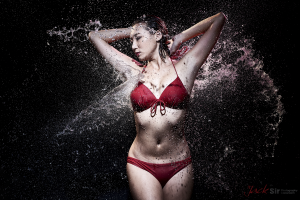 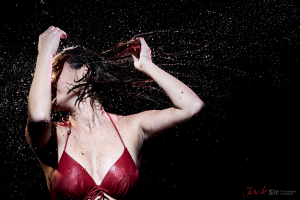 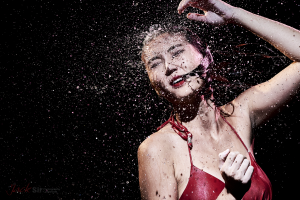 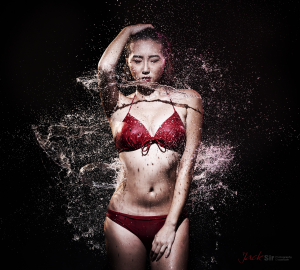 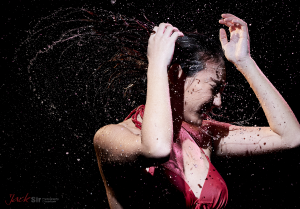 Additional materials – Flash Duration comparison diagram, the speed is almost a double of AF64, it is surprising: 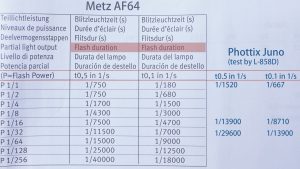